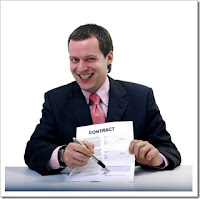 "Without illusions"*: The combination of cynicism and stupidity has found its new slogan in the lips of those who deceive others while reassuring them that they themselves are not deceived; or rather, those who effectively argue that they promote deception only because others have already been deceived -- to keep them company in delusion, as it were.


Hence, one's refusal to join the trend of becoming a delusional who is not "really" deluded, but is merely pretending to be deluded so as to more effectively and altruistically undo delusion "from within"-- such refusal is, alas, an "anchoritic" stance at best, and at worst, an egotistic concentration on the narrow interest of one's own "party shop".

After all, why should the deluded be so many as to force the non deluded to pretend -- out of a sense of pastoral responsibility, indisputably -- that they are themselves deluded so as to gradually disenchant others from delusion, while also pretending, at a second level, that there is really a qualitative difference between pretending to be deluded and deceiving others?

It's all the fault of KKE, anyway.


* Slogan deployed by Greek Trotskyites in support of SYRIZA, despite, as they would state, the fact that they had "no illusions" as to its true nature; purely then, because "that's what the masses want" and "we must not lose contact with the masses". Some thirty years ago, Trotskyites in Greece had called for the support of now utterly disgraced PASOK, similarly "without illusions."

Adapted from the Greek text published in Lenin Reloaded on 23 December 2014.
Posted by Αντωνης at 11:25 PM