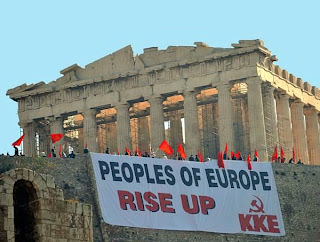 I have many enemies; but this enemy is different. This enemy tells everyone, everywhere, that he is really my friend. Well-intentioned strangers congratulate me: "Ah, what a great friend you have! And how alike you look!" As soon as I try to say it is not so, that he was never my friend, they look at me skeptically. "How rude, how ungrateful a friend he is!", they think. Sometimes, I don't bother to say anything. I just sit there, broiling with anger at the well-intentioned and at myself. What kinds of well-intentioned people are these, who don't know how to tell apart my friends from my enemies?

This enemy, who says he is my friend, slanders me when he praises me and slanders me when he attacks me. I' m disgusted when he slanders me, but even more so when he pretends to be on my side. When others are not looking, he kicks me surreptitiously. When others kick me, he screams as if this was really a kick against him, then proceeds to pretend to insult my enemies by insulting me.
My enemy comes to my house at night, steals my clothes and wears them. Others say: "They must be very good friends. They have the same taste in clothes." And as if that weren't enough, he puts them on the laundry carelessly, so their color fades away. I can't even recognize them after a while, but others say: "What good friends you two must be, you dress alike." My enemy, who says he is my friend, and the enemy which the enemy who pretends to be my friend calls my friend, both say I am not worth anything, yet they keep buzzing around me like flies, as if I were, despite my will, that which connects them. As if I were the medium of another, unspeakable and shamefaced friendship. They love nothing about me, but I suspect they are bound together by the bonds of shared fear -- of me.

Text adapted from the original Greek, Lenin Reloaded, 6 November 2014.
Posted by Αντωνης at 12:04 AM